Is The Fake Meat Revolution In Australia Here To Stay? | National Food institute
Skip to content 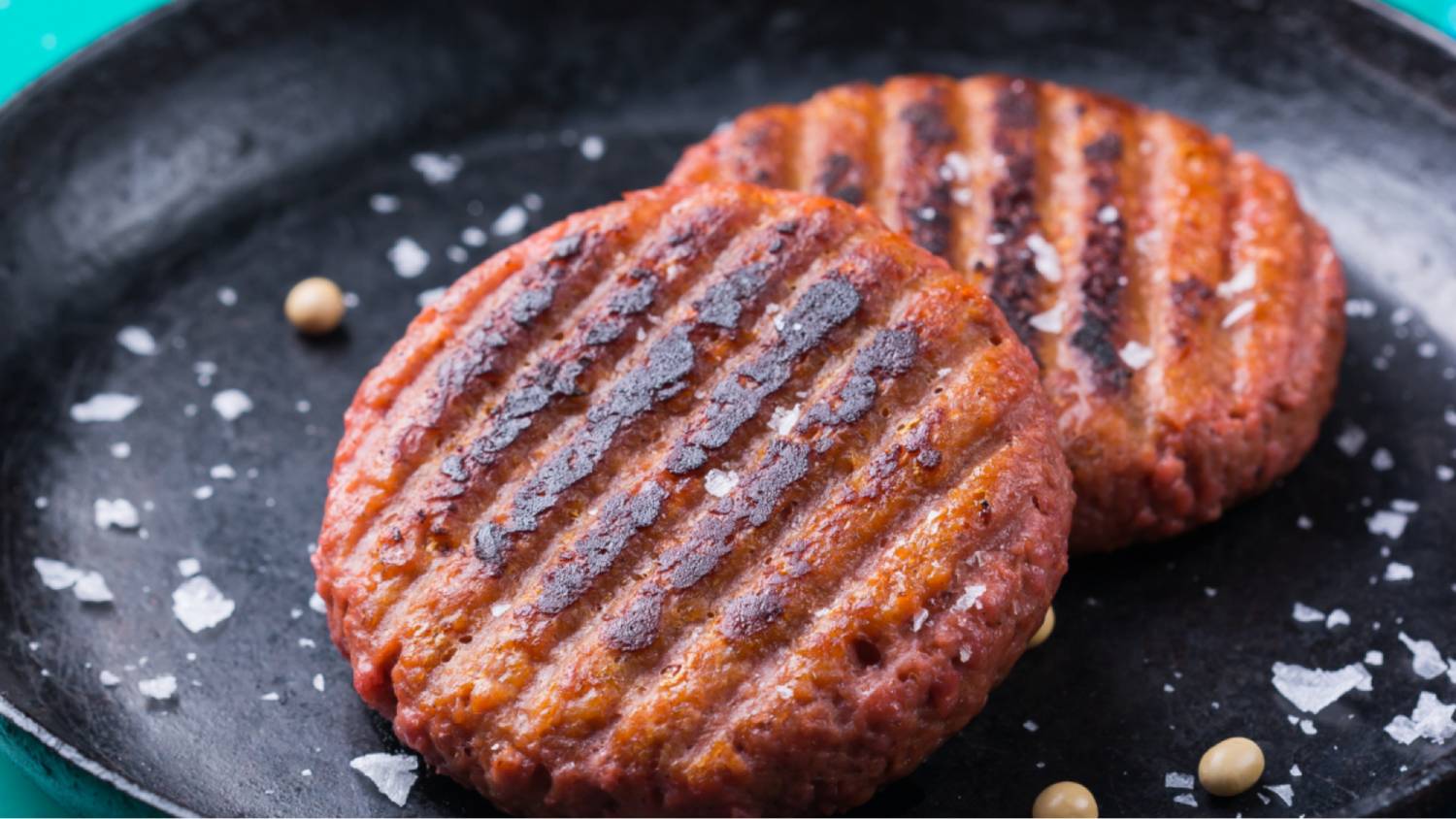 Over the last ten years, we’ve seen many trends emerge in the Australian food industry. But compared to the rest it looks like fake meat is truly here to stay. As more Australians adopt plant-based options into their diets, how will the food processing and agricultural industry cope? Are domestic agricultural farmers set to benefit from this massive swap to meat substitutes?

Another issue that’s been brought up in the debate on fake meat are the associated health benefits. Fake meat alternatives are often highly processed and full of additives. It’s facts like these that have many nutritional experts sceptical. Fake meat is often marketed as a health food but are the nutritional benefits really present after a food has been so heavily processed?

Here we’ll break down the latest views and numbers on fake meat. With the right information available you can make a more informed decision about what’s going on your plate.

As the demand for fake meat in Australia continues to surge many are starting to ask how the agricultural industry will cope. Will traditional cattle farmers eventually go out of business? If demand for meat production is set to shrink, then what will happen to our cattle farmers and meat processing businesses across the country?

Nick Hazell, founder and CEO of plant-based manufacturer V2Food shares the following opinion on traditional meat producers. “They’re not efficient converters of grains and legumes. It’s more efficient to do it directly, and that’s the simple maths behind the plant-based meat industry.”

One of the biggest advantages of fake meat production that’s often touted is that it requires fewer inputs compared to animal-based products. A quick comparison will show that a Beyond Burger patty (fake meat substitute) is made using over 90 per cent less water and land, and 46 per cent less energy to produce a standard quarter-pound beef mince patty.

Like-minded experts in the industry share the view that fake meat production creates a new opportunity for Australian farmers. Many believe that domestic farmers across Australia have the capacity to produce the ingredients for meat substitutes on mass. With our established reputation for producing high-quality produce, we are already an attractive prospect for importers of fake meat products.

“V2Foods has already seen the benefit of that”, Mr Hazell said in relation to renewed interest.

“The feedback we’re getting is astonishing, both in Australia but also abroad. Particularly our latest developments, our pork products. Feedback from Asia is really positive.” he said.

Another sign that could give Australian farmers more confidence in making the switch would be the financial gain. Is there really a big enough demand for fake meat to warrant a complete overhaul? IBISWorld senior industry analyst James Caldwell seems to think the demand and investment into Australian fake meat just isn’t there yet.

Mr Caldwell believes that although the fake meat sector is enjoying significant growth, it faces many big hurdles.

“I’d be very surprised if, within 10 or 20 years time, this is a major industry in Australia. Producing and investing in fake meat that you’re going to start selling isn’t necessarily cheap” he said. The price to produce fake meat could become a major entry barrier for Australian farmers and new startup companies looking to invest.

The debate on the health benefits of fake meat

One of the key selling points for fake meat in Australia has been the health benefits. But as we’ve seen in the past there have been many supposed health foods produced en masse that turn out to be anything but good for you. A quick look at the sugar content of cereal products in your local supermarket aisle can reveal some shocking news for anyone who cares to look at these products under the microscope.

“Australians are leaning towards eating more of a plant-based diet. However, these are still packaged, processed foods.” Ms Farrand pointed out.

Her study by the George Institute of Global Health in Melbourne found some of the most popular fake meat products sold in Australia were full of salt. One example of this was a bacon substitute that contained 2 grams of salt per 100 grams. These 2 grams already equalled a third of the daily recommended intake. Another example was a vegan pie that contained almost half the recommended daily intake of salt.

Salt isn’t the only additive you’ll find in a lot of fake meat products. Many of these are likely to contain added fat and sugar too. These ingredients are generally added for the sake of improving taste and shelf life. But it wasn’t all bad news when it came to the findings of the study led by Ms Farrand.

“There are some products that contain a lot less salt than others. So there are healthier options out there. Eating a plant-based diet that’s full of whole foods, like fruits, vegetables, nuts, and legumes, this is obviously healthier,” she said. What’s important to note here is that the study shows that vegetarian lifestyles are not necessarily a healthy option. But that’s only when the vegetarian diet heavily relies on processed foods.

The Oxford Martin Programme on the Future of Food in the UK recently investigated these claims on environmental benefits. They found soy-based fake meat burgers produce only half the emissions of poultry meat production. Poultry is currently one of the lowest emitting meat options available on the market today. So halving the emissions is still a massive feat that shouldn’t be overlooked.

But not all fake meats are created in the same way. Many experts have been quick to point out the real merit of lab-grown meat. Dr Marco Springmann, a senior researcher from the study had the following to say about lab grown meats,

“It doesn’t really help in reducing emissions and if it replaces chicken then what you are eating is higher in emissions. It is also super unaffordable” he says.

But despite the financial barriers that may prevent lab-grown meats in the near future there are still plenty of backers looking ahead. Many also believe that the nutritional benefits of fake meat products will improve as the sector matures. Only time will tell if the industry will continue to innovate and evolve its products to meet the expectations of its health and climate-conscious consumers.

By the numbers alone it’s clear that the fake meat industry in Australia will continue to grow. But it’s how the industry chooses to innovate itself and keep up with consumer expectations that will influence its rise to the top. Will we ever see fake meat consumption overtake traditional meat consumption? It’s likely we won’t see any significant improvements until certain barriers are overcome.

Fake meat producers need to find new and innovative ways to reduce the costs of production and their emissions footprint before more consumers will be willing to make the switch. The same could be said for the health benefits. Will producers find new ways to preserve their products and make them healthier for consumption? It’s a big ask. But this industry looks like it will continue having the support and backing of those that believe it can happen.

As the fake meat industry continues to grow in Australia there are likely to be many work opportunities in this space. Here at National Food Institute we have partnered with fake meat producers around Australia to provide customised workplace based training. Our latest workplace based training courses for food processing can be customised for fake meat production. Staff can attain their Certificate I to III in Food Processing while working on the job. Contact our training centre today to find out more.