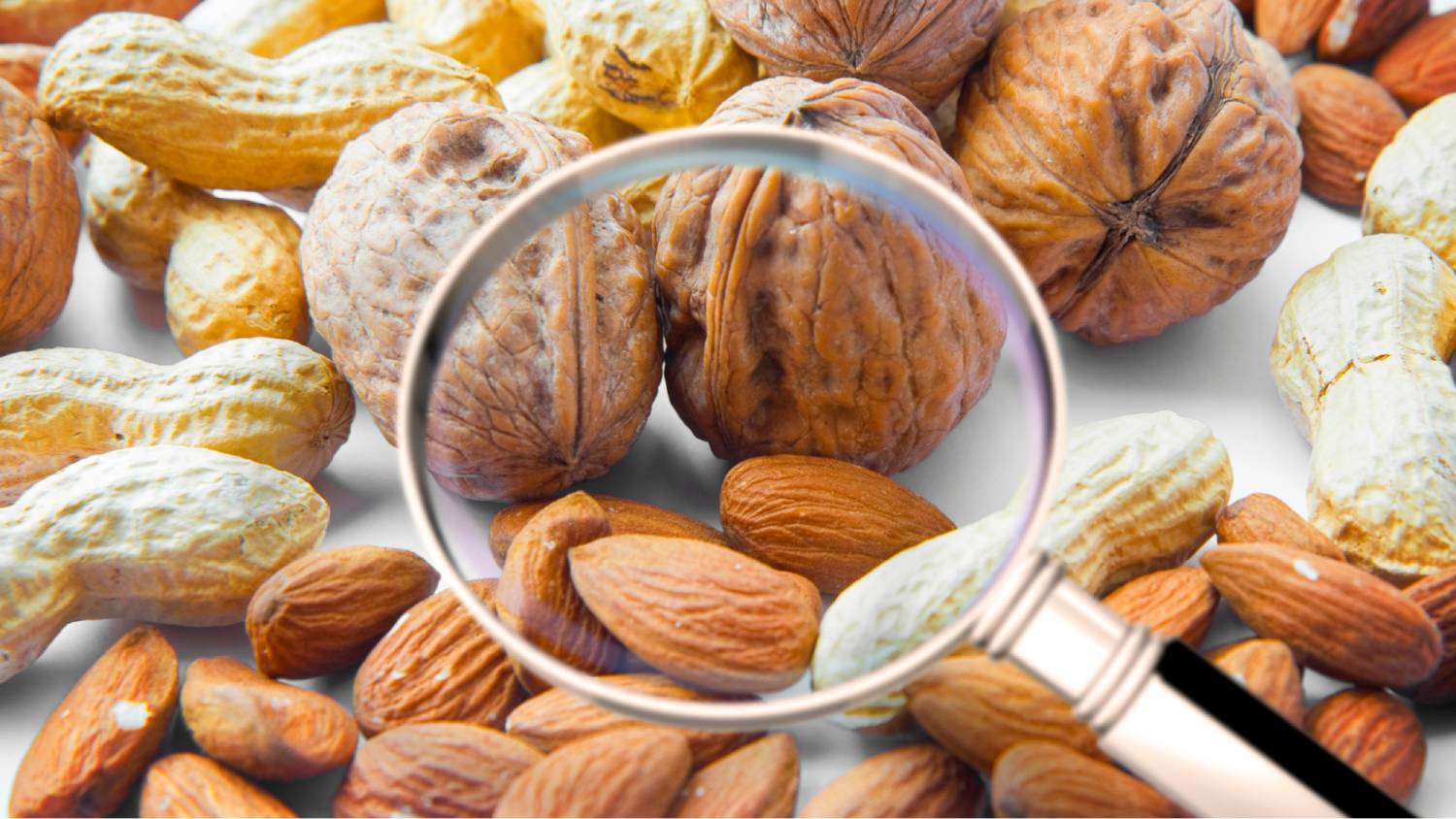 As you begin your own workplace based training you may wonder why food standards are so important. It’s not just about the safety of consumers. Food management processes help to elevate the quality of products that Australian food manufacturers and food processing businesses produce. The quality of food in Australia is one of the main reasons why we continue to thrive as a global food exporter.

As an island nation rich in agricultural and mineral resources, food exports are incredibly important for us here in Australia. Between 2018-19, the value of our agricultural exports sat in the top percentage of our GDP (Gross domestic product). Aussie food contributed close to $49 billion. Among our top-performing exports was beef which made up for a remarkable 19.9% of total agriculture exports.

Wheat made up 12.5% while meat types outside of beef contributed 8%. Another strong contribution from our agriculture industry was wool as well as animal fibre which made up 6.2%. The top 5 markets for our agricultural exports industry include China (21%), the United States (11.3%), Japan (9.4%), Indonesia (7%) and the Republic of Korea (6.4%). It’s important to note that one of the reasons these countries rely on us so heavily is due to our high manufacturing standards.

TACCP is more involved in food defence by analysing the physical security of supply chains, staff, and the finished product 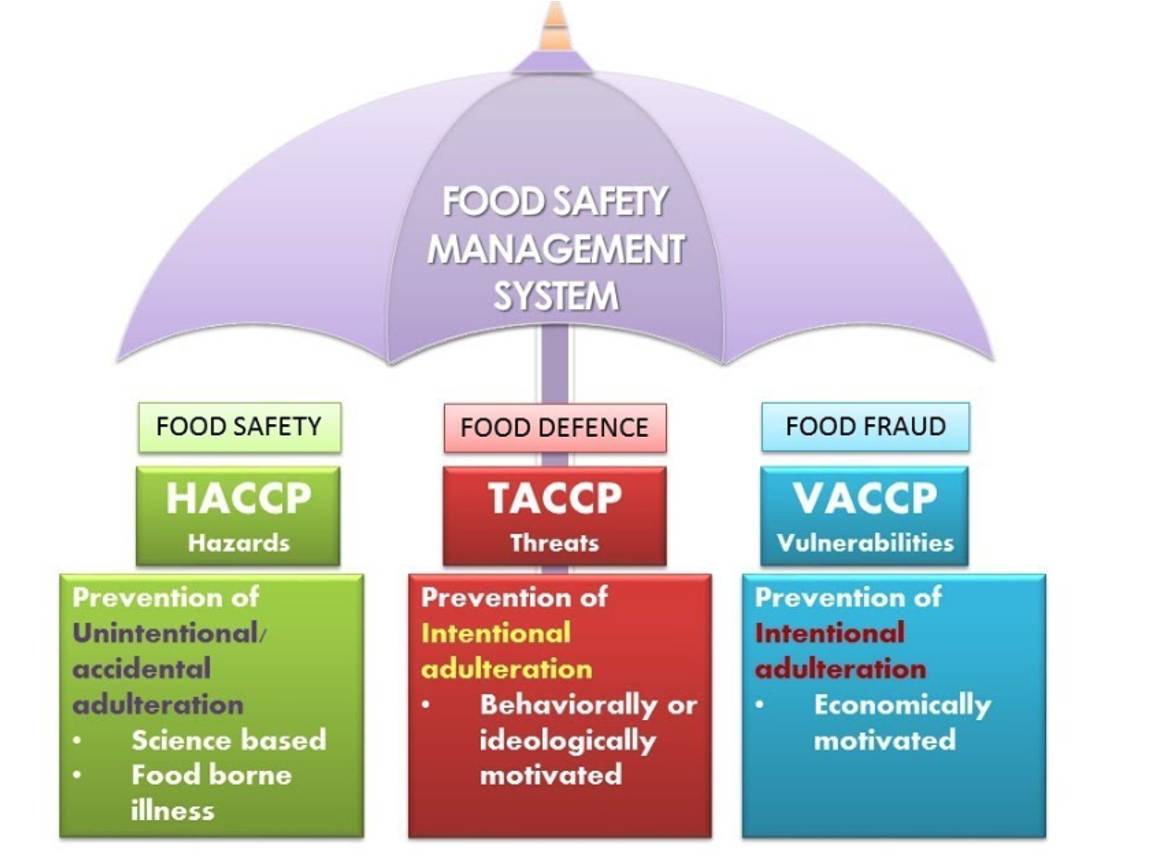 The major food standard, HACCP (Hazard Analysis Critical Control Point) was originally developed in the 1960s by NASA to prevent astronauts from contracting food poisoning in space. HACCP has come a long way since then and it’s been heavily refined. It is now part of almost every Australian food manufacturer’s best practice in controlling quality and safety. That’s why HACCP has become critical to the workplace based training that goes on in food processing environments across Australia and is also a foundation principle of FSANZ (Food Standards Australian & New Zealand).

When your business uses HACCP, it’s a clear sign to customers and inspectors that your food safety program is managed to a high standard. HACCP is used to manage the analysis and control of biological, chemical, physical and allergen hazards. You can apply this food standard to processes including raw material production, procurement, handling, manufacturing, distribution and consumption of the final product.

But HACCP isn’t the only food standard used to produce safe food. Many other programs and systems have been developed to help ensure the high standards of food production across the world. Programs have been developed for pest control, traceability, GMP (Good manufacturing practice), maintenance, training, hygiene and sanitation. These programs are also supported by the development of food labelling guidelines and assurance systems.

Another food standard to take notice of is TACCP (Threat Assessment Critical Control Point). This standard is widely used across Europe and is now becoming important in Australia. This protocol focuses on tampering, intentional adulteration of food, and food defence which is behavioural or ideologically motivated.

TACCP generally requires a wider range of employee involvement than HACCP, as it covers issues such as manufacturing plant, t and transportation security, IT security, and employee background checks. Some points will overlap with HACCP, such as tamper-proof seals and various quality control checks from paddock to plate.

TACCP also focuses on traceability & security throughout the supply chain and is of particular interest to Australian abattoirs and meat suppliers. Particularly the Australian beef industry which contributes a large percentage to Australia’s overall meat exports. High domestic consumer demand puts Australian meat producers in a position where they have more accountability for the origins of their foods.

How prominent is food fraud in Australia and is there a need for more TACCP Accreditation? In 2019, SAI Global found that up to 10% of food products sold in Australian supermarkets have fraudulent ingredients and that the top food fraud was ‘Adulteration’, meaning the act of adding another substance to a food item, usually for profit. Spices such as oregano leaves were one of the food ingredients most at risk of adulteration, with an Australian distributor fined $10,800 by the ACCC in 2016, as its product contained less than 50% oregano leaves.

Another common system to be aware of is VACCP (Vulnerability Assessment Critical Control Point).

Food fraud has been around for thousands of years but has become more prominent in the food safety and food certification industry in the last few years, following the European horse meat scandal of 2013.

This system is used to identify vulnerabilities for a food business due to food fraud. Types of food fraud including dilution, mislabelling, ingredient substitution or adulteration are typically economically motivated. They can pose a risk not only to the end product but also to the supply chain process. The VACCP system uses similar principles to HACCP but instead of focusing on how to identify and control hazards, the focus is on how to identify and control vulnerabilities.

When it comes to carrying out a successful VACCP assessment, you must try to identify vulnerabilities that are based on the potential for dishonest activity and contamination. It often helps to think like a criminal. Once these vulnerabilities are identified, new mitigation strategies should be introduced to prevent exposure to contamination and the likelihood of dishonest activity going unnoticed. Many cases of contamination are economically motivated. This is why food fraud is such a big concern for the food industry.

A great example of where VACCP would have helped is a scandal that involved the contamination of chilli powder with an illegal textile dye called Sudan I. As you may have guessed, textile dye is not produced to be safe for oral consumption. So when it was used as a food dye for chilli powder you can imagine the serious implications. The decision to use the dye was economically motivated. Sudan dyes are classified as toxic for oral consumption and are also listed as a potential carcinogen as such this would also be considered a Food Safety issue.

Other food standards have emerged over the years and vary depending on the type of food being manufactured. For example, GMP (Good Manufacturing Practice) requires a quality approach to manufacturing, enabling companies to minimise or eliminate instances of contamination, mix-ups, and errors in food processing. This protects consumers from purchasing products that are not effective, or even dangerous.

Heavy fines exist for Australian companies which do not abide by GMP standards and can result in food recalls, which are expensive and punitive. Sometimes new food standards are particular to industries, such as HARPS Standard, which is geared towards the fruit and vegetable sector. HARPS is encouraged by major supermarkets in Australia for its use in the delivery of safe products to Australian consumers. HARPS has been designed to assist growers to comply with legal and trade legislation.

Whilst HACCP is a formal accreditation offered by National Food Institute, TACCP and VACCP (which are closely related and complementary) are currently not formally accredited. National Food Institute (NFI) does however offer workplace based training to help employees understand the current threats facing food manufacturers. This includes TACCP training, conducting a TACCP or VACCP study, different considerations for TACCP or VACCP, as well as best practise on how these fit within the risk management framework.

Improve the knowledge your staff have when it comes to HACCP. Talk to the National Food Institute about specialised workplace based training for your business.